Soros Group Kicked Out Of Hungary

After growing pressure from the right-wing-government in Hungary, George Soros’ pro-democracy Open Society Foundation, was shown the door to get out of the country. Prime Minister Viktor Orban in the midst of a crackdown on non-governmental organizations accused Soros–a Jewish emigre’ who survived Nazi-occupied Hungary, of trying to wrest control of their native country from those elected to office.

The Prime Minister was correct in this assessment. That is exactly what Soros intended to do, take over the country, the same as he is attempting to do with The United States, using the very same tactics.

The way Soros survived the Nazi occupation was to work for them by showing where the prominent Jews lived and where they housed their art collections, gold and other valuables. The Nazi’s paid him handsomely for each family he ratted on, by giving him a commission on the valuables the Nazis sold for top dollar and also for each Jew that was arrested and taken to the concentration camps where they were tortured and many killed in the gas chambers.

Of course, George Soros kicked and screamed that his organizations’ expulsion from Hungary was due to a ‘hate campaign’ that has included propaganda posters and billboards, invoking anti-Semitic imagery from World War 11.

Anti Semitic? The only anti-Semitic action we have seen was George Soros making his first fortune by pointing out where the Jews in Hungary lived and where they kept their valuables for which he was handsomely paid. Now THAT is anti-Semitic.

To further make the case that it was due to hatred of Jews that the Open Society Foundation (OSF) was shown the door and expelled from the country, Patrick Gaspard, president of OSF stated:“The government of Hungary has denigrated and misrepresented our work and repressed civil society for the sake of political gain, using tactics unprecedented in the history of the European Union.” 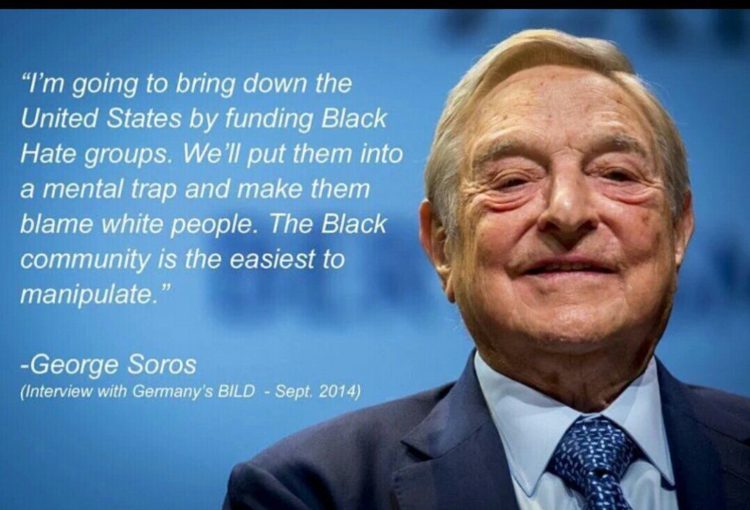 Speaking to his right wing Fidesz Party, the Prime Minister accused Soros of promoting Muslim immigration to dilute Hungary’s Christian identity and“sweep away governments which represent national interests.”These are the very tactics he is employing to destroy the United States.

In another speech, Orban, criticized liberal democracies, saying they are incapable of “upholding Christian Culture.”

George Soros, who has been a financial supporter for NPR, states its mission is“to build vibrant and tolerant societies whose governments are accountable and open to the participation of all people,”according to its website.“We seek to strengthen the rule of law; respect for human rights, minorities, and a diversity of opinions; democratically elected governments; and a civil society that keeps government power in check.”How’s that again?…And remember, this is George Soros speaking, the beast who sold out his own people to make his first fortune, using that fortune to sabotage currency in other countries bringing ruin while his fortune continued to grow.

Soros is a committed Communist who intent to put every country under dictatorship. He has caused irreparabledamage to several countries who would like to get their hands on him. Russia has an international warrant for his arrest.

America needs to show some spine and take a lesson from Prime Minister Viktor Orban and expel Soros and his henchmen from the United States without further delay, which would give him extra time to hatch his plot to destroy America.

Readers, write to President Donald Trump and show him this story and then take action. The best way would be to allow Russians to come in, arrest Soros, and take him away. That would also improve our relations with Russia.

Editor comment; again, it needs to stated …at the end of WWII, the International Red Cross went into the so-called concentration camps to investigate the books and records of all that were supposedly killed in the camps. Their investigation along with German records …which ultimately proved that only 280,000 died in the camps and that the infamous “Holocaust” was in part a total fraud. Also, sometime in the 80’s (?), (as my notes are in storage), a young Jewish man went to one of the so-called ‘gas chambers’, to obtain sample scrapings inside the ovens to test for the residue of the so-called ‘Zyclon gas’ that was presumed to have been used to gas the jews. The concluding evidence from the testing of the sample scrapings was no such gas was used in those cambers. Also, the Jews are not directly from Shem, but their lineage is of Eliphaz and are a mix of Edomites, Canaanites and Khazars, being 90% Ashkenazim Khazars. Therefore the phrase “Anti-semitic” is misapplied and meaningless.