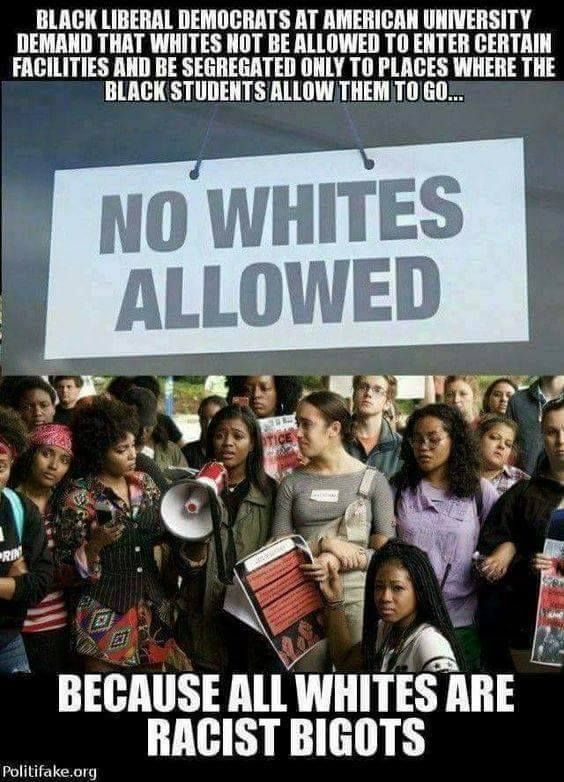 This an interesting and different point of view from Britain. Food for thought. When does political correctness go too far?

“I have been wondering about why whites are racists, and no other race is? There are British Africans, British Chinese, British Asian, British Turks, etc, etc.”

And then there are just British. You know what I mean, plain ole English people that were born here. You can include the Welsh, the Scottish and the people who live off our shores of Great Britain on tiny islands. Yes, we are all true Brits.

The others that live here call me ‘White boy,’ ‘Cracker,’ ‘Honkey,’ ‘Whitey,’ ‘Caveman’ ‘White trash’ and that’s OK. But if I call you, Nigger, Spade, Towel head, Paki, Camel Jockey, Beaner, Gook or Chink, you call me a racist. You say that whites commit a lot of violence against you. So why are the ghettos the most dangerous places to live?

You have the Muslim Council of Great Britain. You have Black History Month. You have swimming pools for Asian women. You have Islamic banks for Muslims only. You have year of the dragon day for Chinese people.

If we had a college fund that only gave white students scholarships, you know we’d be racists. There are over 200 openly proclaimed Muslim only schools in England. Yet if there were ‘White schools only’, that would be racist! In the Bradford riots and Toxteth riots, you believed that you were standing-up for your race and rights. If we stood-up for our race and rights, you would call us racists.

You rob us, carjack us, and rape our daughters. But when a white police officer arrests a black gang member or beats up an Asian drug dealer running from the law and posing a threat to society, you call him a racist. I am proud …but you call me a racist.

Why is it that only whites can be racists?”