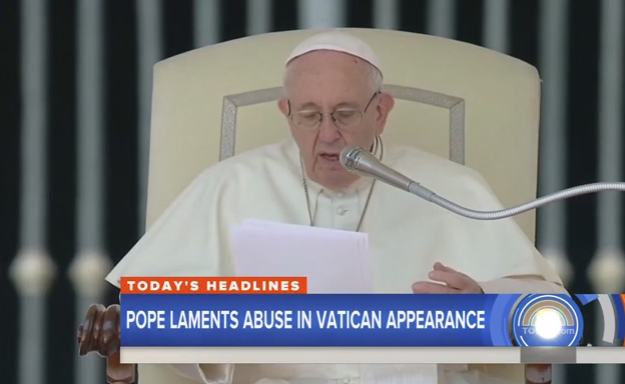 The Catholic Church in Germany acknowledged a “depressing and shameful” legacy of sexual abuse on Wednesday after a leaked study said clerics had abused thousands of children over a 70-year period. The document, commissioned by the German Bishops’ Conference, revealed that 1,670 clerics and priests had sexually abused 3,677 minors, mostly males, in the country between 1946 and 2014, Der Spiegel said.

The news magazine quoted a leaked copy of the study, which was compiled by three German universities. Bishop of Trier Stephan Ackermann said the Church was aware of the extent of abuse demonstrated by the study’s results.

“It is depressing and shameful for us,”

he said in a statement on Wednesday.
The leaked study was published on the day that Pope Francis, who has made several attempts to tackle a spreading sexual abuse crisis that has badly tarnished the Church’s image, summoned senior bishops from around the world to the Vatican to discuss the protection of minors.
The Vatican had no immediate comment on the Spiegel report.

The magazine said the study, which examined more than 38,000 files from 27 dioceses, showed more than half of the victims were aged 13 years or under when they were abused.

About one in six of cases documented involved rape and three quarters of the victims were abused in a church or through a pastoral relationship with the abuser. In many cases, evidence was destroyed or manipulated, it cited the study as saying.

Speaking on behalf of the Conference, Bishop Ackermann said that, while he regretted that the study had been leaked, he was convinced its survey were comprehensive and thorough.

“The study is a course of action which we owe not only to the Church, but above all and foremost to those affected,” Ackermann said.

The Church had often transferred clerics accused of sexual abuse without providing the new host community with “appropriate information” about them, the study found.

Only one third of those accused had to face proceedings under canon law and sanctions imposed were at most minimal, with 4 percent of those found to have committed abuse still working.

The study called on the Catholic Church to rethink its refusal to consecrate homosexual men and to view the celibacy obligation imposed on its clergy as “a potential risk factor”, Der Spiegel reported.

(Reporting by RihamAlkousaa, Editing by Tassilo Hummel and John Stonestreet)

TAB Editor comment; so the real question is …why are not these 301 priests (and many others) not in prison for sexually abusing minors??? Oh, that’s right, their ‘Respected and Privileged’ people in the community …like lying/greedy politicians, drug dealers, and the like. Just normal activity here in America and elsewhere. With these types of people here in this country, we can make America Great Again! (?)